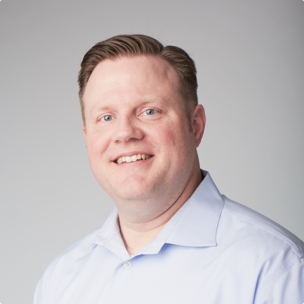 Robert Burcham is a software engineering and development veteran. With more than 20 years experience, he’s an expert on UNIX based enterprise systems with extensive background in Java, Hadoop, and Transport/Storage Security. As the Chief Technology Officer at Pinsight, Burcham leads a team of more than 60 developers, data scientists and engineers.

Burcham’s team is responsible for the architecture, development and delivery of the Pinsight Service Delivery Platform (SDP). The platform supports a variety of areas within the Pinsight business, including the supply of segment and persona data on advertisement platforms, mobile data collection, data warehousing and analytics, web portal and web service integration and exposure.

Prior to Pinsight, Burcham held various positions in Sprint product development, device development and information technology teams. Most recently, he was lead designer for Sprint's Connected Vehicle Program that was later branded as Velocity. Prior to that, Robert was responsible for technical development of consumer device projects including Sprint Instinct and many other Samsung Android devices. Robert also served as Chief Technology Officer for Recovery Management Corporation (CargoLargo), as well as Blairlake New Media, which was acquired by Compuware in 2000.

Robert has a bachelor’s degree in Electrical Engineering and Computer Science from the University of Kansas. He’s accumulated more than 30 patents over his career.